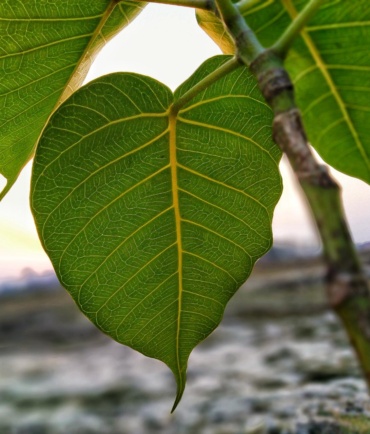 Peepal trees have always been associated with myths. And one such myth is it is inauspicious. As per Vaastu Shastra, many people consider Peepal as inauspicious as avoid planting it near their household or they don’t want to buy a house near a peepal tree. And if the peepal is growing near their house premises, they try to get rid of it by using various methods such as dousing it with turmeric, harpic or even acid. Considering the peepal tree inauspicious is a superstition that many people fall to.

There is a scientific explanation of this belief. The reason why peepal tree should not be near society compounds or house is because of their strong and vast root system. The roots of the peepal can travel several metres in search of water. Roots respond to the water potential gradient in the soil and grow towards the area with higher moisture content. So the roots can grow towards the residing area and can damage the structure of the buildings. So one should avoid planting a peepal tree near the house. Whereas if a peepal tree is already existing in your vicinity, transplant it rather than adopting heinous methods to kill it. To transplant, take it out very carefully and plant it in a park or garden, provided that it’s still young.

Another prevalent myth is that the Peepal tree is considered an abode of ghosts and spirits. There is no truth in this belief, it is just people’s psychology and the taboo created by religious fanatics.

Peepal in all sense is a very pious and auspicious tree. This is the tree under which Gautama Buddha is believed to have attained enlightenment. This is the reason it is also known as Bodhi Tree. Hindus consider the tree to be auspicious because they believe that the Peepal represents the trinity of Bhrama, Vishnu, and Shiva. It’s a popular belief that watering, worshipping and circling the Peepal Tree will bring wealth, fame and an abundance of happiness and good luck for any individual.

Not only it’s the largest oxygen provider, but also a tree with innumerable medicinal properties that play an important role in biodiversity.