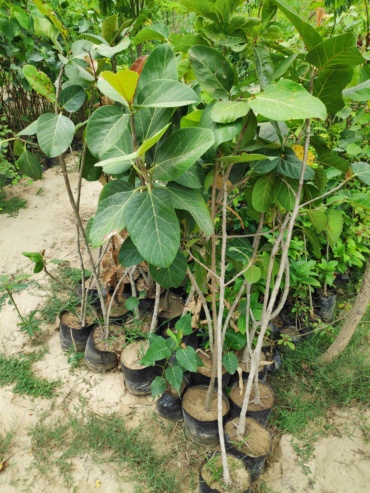 Sapling distribution is a new tree plantation exercise that has been introduced by many organisations and governments in the recent past. Such activities are mainly proactive during the monsoon season, where many clubs and organization gather at the public places and distributes saplings to the people passing by.

Sapling distribution is a good deed but there are many flaws associated with it. The organizations tend the giveaway the saplings in mass without paying any heed to whom they are distributing the plants. Organizations often do mass sapling distribution to reach a number that can be published in the media and often consider the distributed saplings as the saplings planted. But this is not the case, People collecting the sapling are sometimes unaware of how to plant & nurture that sapling and in the end, the sapling is left unmonitored. It is like away a life.

They should understand the significance of this activity and should realize that they are giving away a form of life. Many steps can be taken to ensure a successful sapling distribution:

Sapling distribution is a noble thing to do but don’t overdo it as that can cause negative effects and people can start taking advantage of such drives. Go slow on the practice and believe in positive outcomes rather than just numbers.